History and Traditions: Lincoln County was carved from territory ceded to the United States by the Cherokee and Chickasaw Indian tribes. The Elk River, called "Chewalee" by the Indians, flows through Lincoln County. The legislation established our county during their session on November 14, 1809, to become effective January 1, 1810. Lincoln County was named for Revolutionary War hero General Benjamin Lincoln. He served under General George Washington and was known for being appointed by him to accept Lord Cornwallis' sword as a symbol of England's surrender to the American Colonies, thereby ending the American Revolutionary War for Independence. Benjamin Lincoln was named Secretary of War and later given charge of the Port of Boston.

The Tennessee state legislature appropriated funds to purchase 100 acres of land for the county seat from Mr. Ezekiel Norris for $100.00. The name "Fayetteville" was chosen in honor of the many settlers who came here from Fayetteville, North Carolina. The first church in Fayetteville was the Presbyterian Church, known at the time as the First Church of Fayetteville. It was established in 1812.

Our gravity-flow water system, located at what is now known as Wells Hill Park, was the first of its kind in the United States. Engineers from as far away as New York came to see it in operation. 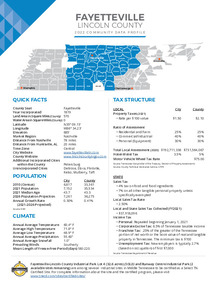